A catch basin collects rainwater that comes from residential and commercial properties. It also collects water from roadways, sidewalks, and parking lots. A catch basin is also referred to as a storm drain. Maintenance of this collection system is essential since water that enters a catch basin will ultimately be transported to freshwater streams, lakes, and other bodies of water.

Why Is A Catch Basin Needed?

A catch basin or storm drain system removes overflow that could flood property or make it difficult for motorists to drive their cars down streets. The use of a catch basin will ensure that rainwater quickly dissipates from where it has landed. A catch basin can even improve safety since water won't be accumulating on sidewalks or roadways, which could cause someone to slip or for a vehicle to hydroplane.

What Can A Property Owner Do?

Grease, oil, and fat are items that shouldn't be introduced into a catch basin. These items could contaminate the rainwater that is being routed to a body of water. A grease trap is an environmentally friendly collection method that can be used to collect grease, oil, and fat. Grease, oil, and fat can also be stored in a separate container that is designated for oily substances. A property owner who has a catch basin on their land should occasionally take note of the grate that rests over it.

If puddling ever becomes apparent, the accumulating water is a good indication that the grate is blocked. Leaves, pine straw, and other debris may prevent rainwater from entering a catch basin. A rake can be used to dislodge materials that are stuck in a grate.

What Services Does A Municipal Cleaning Crew Provide?

A vacuum truck uses a suctioning hose to remove sediment from a catch basin. A clamshell truck contains a clamshell bucket. This bucket is inserted through the opening of a catch basin. Any sediment that is within the basin will be scooped up and removed. Once the debris has been eliminated, it is put inside of a refuse tank and hauled away. 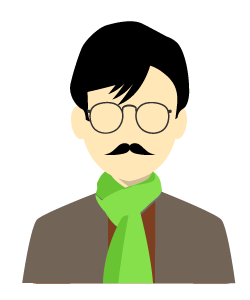 I absolutely love nature, which is why I began going through and thinking carefully about what I needed to do to protect things. I realized that there were a few issues related to our energy use that I was ignoring, so I started carefully evaluating my lifestyle to make things right. Within a few short months, I really felt good about the amount of progress I was making, and I even started a few community initiatives to create a stronger, healthier environment. This blog is here to help you to create a strong, healthy world for you and your family members.